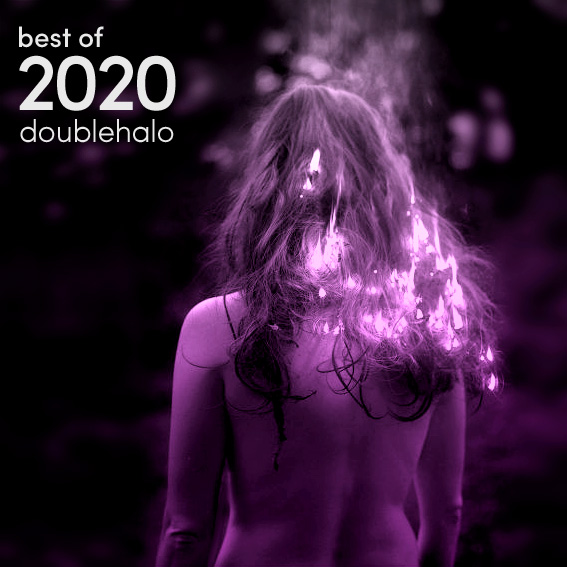 If you liked the bands, go and support them!
Especially during these times.

As always, thanks for listening

10. Dan Deacon- Mystic Familiar
A cohesive album of lush bubbly digital compositions. A bit experimental, but always joyful and fun. A kaleidoscope of trippy sounds to make the day a bit brighter.

8. Code Orange – Underneath
Pittsburgh’s hardcore punk quintet brings a maelstrom album full of technical and genre bending songs. Underneath explores how we can possibly exist in a digital landscape. Songs explode, skip, shift and splinter away. Futuristic and punishing. A powerful and creative result from this chaotic musical blender.

7. Land Of Talk – Indistinct Conversations
Lizzie Powell’s bruised vocals on this a home-recorded album fits the emotional and intimate narratives. The album leaves you feeling vulnerable yet hopeful. A satisfying blend of guitar and lyrical musings but with Land of Talk’s distinctive ambiguity.

6. Adrianne Lenker – Songs
Somber storytelling over hypnotic and rich melodies. Nostalgic imagery of love & loss over patient melody builds. Despite being quiet and shy, the album is a slow burn into examining complex emotions. An extraordinary rich album. 5. HAIM – Women in Music Pt III
A tuneful and jammy soundtrack pulling from many styles & genres. This is easily HAIM’s boldest and polished album yet. It tackles several themes about self discovery and how to cope with loss and grief. The sisters crafted a wonderful album capturing what it’s like being young and sensitive in our current world. The album is full of soothing and vulnerable pop songs that are overflowing with infectious hooks and harmonies. This album is like a great summer book for the beach, but one you’ll want to read again and again. 4. Nation of Language – Presence
This Brooklyn trio brings their take on synth pop on their stellar debut. The crisp production and high craft is found in every sound and beat. Dense synths adequately compliment Ian Devaney’s deep rich and melancholy voice. Although this genre is nothing new, NOL weaves the nostalgia tropes of interlocking synths and electronic drums with purpose and emotion. They are bringing some needed personality into synth-pop, creating an exciting new chapter. 3. Idles – Ultra Mono
I loved every single dropped before this album finally came out. From the first song Ultra Mono grabs you by the face, sits your ass down and forces you to pay attention to its abrasive and incisive commands. This adrenaline fueled album came out at the perfect time of such ambiguously lost year. It is confidant, angry and full of rage towards this modern reality we live in now. By the end of it you’ll be armed to combat anything that’s thrown at you. Whether to drop kick your anger into the other room or to scream and dance it away. 2. Phoebe Bridgers – Punisher
This album will take you through all the emotions. It’s a subtle record but over time you become overwhelmed with all the sentiments hidden in every song. The production is so tight with its lush and hypnotic melodies punctuated by brilliant lyricism. Punisher plays like a movie soundtrack criss crossing between memories of a life figuring things out the hard way. Every time I play this album I am still moved and captivated with all the beauty and sadness Phoebe examines in every song. 1. clipping. – Visions of Bodies Being Burned
Clipping’s 2019 horror-core album There Existed an Addiction to Blood ends with nothing but the sound of a piano slowly burning to death. This is a peculiar end for such anxious ridden album. However, it is the ending you would expect from a horror film where the uneasiness of knowing whether the killer is finished or not. The band returns with Visions of Bodies Being Burned which could be a logical sequel to this nightmare. However, it’s not merely an album of extra tracks but rather an evolution of these established themes and builds upon them into unexpected directions. It’s dynamic & devastating and a fitting album for the top spot on 2020.